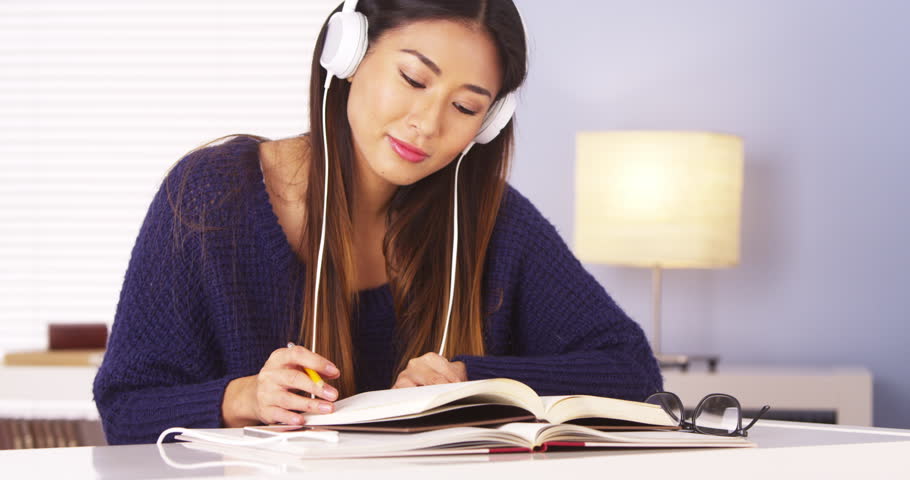 You may be aware that for some people listening to music while they work or study actually helps them focus and concebtrate better, not distract them as some often assume.

What you may not know is that, acording to researchers, ceratin types of music are more condicive to better study habits than others. Here are just some of the findings from studies conducted all over the world that seem to prove that ditching the pop and diving into the classics is the best course of action:

French university researchers, who published a paper in Learning and Indiviual Differences, found that teenage students who listened to an hour long lecture during which classical music was played in the background scored significantly higher on a test on the material covered in compraison with a set of peers who listened to the same lecture with no musical accompimnet.

The researchers speculated that the music helped put the students into a heightended emotional state, something that allowed them to be more recptive to the information they were hearing.

In their thesis they wrote “It is possible that music, provoking a change in the learning  environment, influenced the students’ motivation to remain focused during the lecture, which led to  better performance on the multiple-choice quiz.”

According to researchers at the Duke Cancer Institute, classical music is an excellent stress buster as well, and we all know that teenagers are highly suspecible to stress during tests and even when completing homework.

The reasrchers gave their test subjects – men of different ages undergoing a biopsy – headphones playing Bach concertos while the procedure was underway. What they observed was that there was no rise in diastolic blood pressure  during the procedure – a big indicator of stress – and the men reported significantly less pain than those who had not listened to the soothing sounds.

Classical music will help you relax even when you don’t pay attention to the music, a Russian study  published in Human Physiology found.

A group of children, aged from 8 – 16, were asked to listen to classical music who listened to classical music for one hour a day  over a six-month period. Their brainwave patterns were studied during this period and they all exhibited brain changes that indicated greater levels of relaxation, even though they had not beeen told to pay very close attention to the music.

Get a Better Night’s Sleep

If testing anxiety causes sleepless nights, classical music can help.  A team of  researchers at the University of Toronto found that tuning into classical music before bedtime helped  people fall asleep faster and stay asleep longer.

These are just a few examples, there are more. However, its evidence enough that makes the idea ceratinly worth a try.

In an attempt to narrow down just which pieces might be most conducive to study the American radio station Classic FM undertook a lot of research of their own. And with the help of some of the people involved in the studies we have just mentioned, as well as other experts, they came up with a list of the top ten classical pieces students should be encouraged to listen to while studying. Here is the big countdown:

So, the next time your child has a big test to study for, or they are simply doing the weekend’s homework, suggest they try accompaying their efforts with some of these wonderful pieces, or with any of the thousands of other great classical music classics you can find out there.

If they prefer  to stream their music, you’ll find listening links to more than 200 classical music radio stations from all over the world right here.